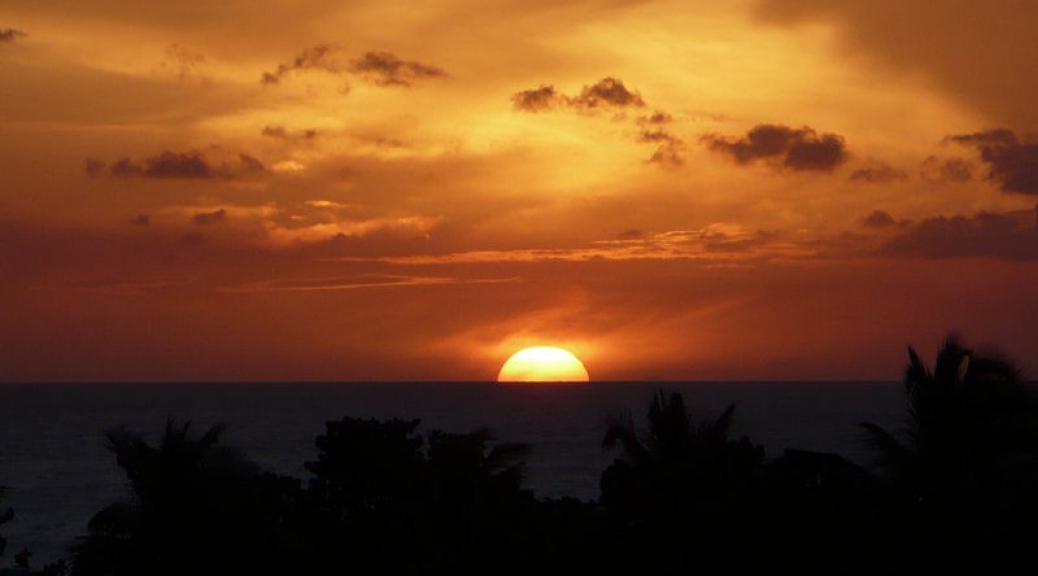 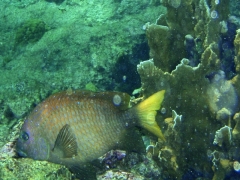 Today we did some things we’d done before, so Mike could see the island. We took a spin down to Baby Beach, near the oil refinery. The weather was sunny and windy. (Big surprise!) lol 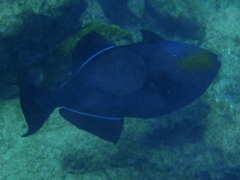 The fish viewing was great! We saw a ton of things, and a few scary ones! There were at least 3 big, badass barracuda. One was definitely full grown, at least 4 feet. The other was a slightly smaller one at about 3 feet and a third one was about that size as well. 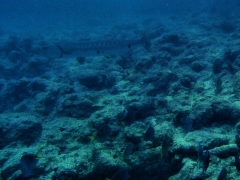 The BIG one got annoyed at a school of tangs around it, and he gave chase to them – let me tell you, that was about the time I decided I needed a break! haha 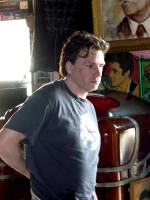 We had lunch at Charlie’s Bar again. It really is a crazy place – kinda nostalgic, kinda tacky, very friendly, and just lots of stuff to see. Every table has a RESERVED sign on it, so dang, you’re just so special the minute you walk in! 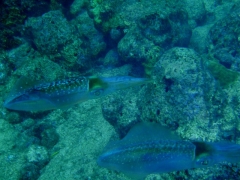 Pete and I got sunburned again. Apparently this sunscreen stuff is supposed to help with that, but being a tad thick, it’s taken me a while to warm up to the idea of it… Modern science! Who knew?

We had dinner in the High Rise Hotel area, which was probably a mistake. It’s a very americanized section, and the food is bland and boring. We tried Iguana Joe’s, which bills itself as the place with the best ribs on the island. 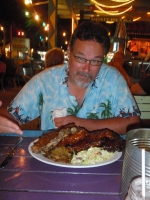 Peter and Pam thought the ribs were pretty good, but Mike thought they were the best ribs on the island, because it’s the only rib joint on the island! hah I had the mahi-mahi, but it was overcooked, the potaotes were gross, but the coleslaw was fantastic! Overall, give Iguana Joe’s a pass. It’s just not very good. 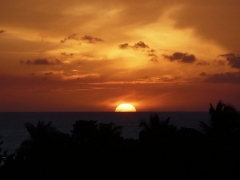 We did have a pretty nice sunset tho! We’ve been trying to get some pictures of the sunsets, but we’ve done poorly. Finally Peter snagged a couple really nice ones. 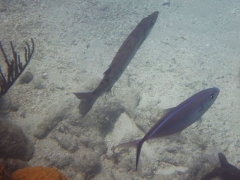 One thought on “Monday in Aruba”