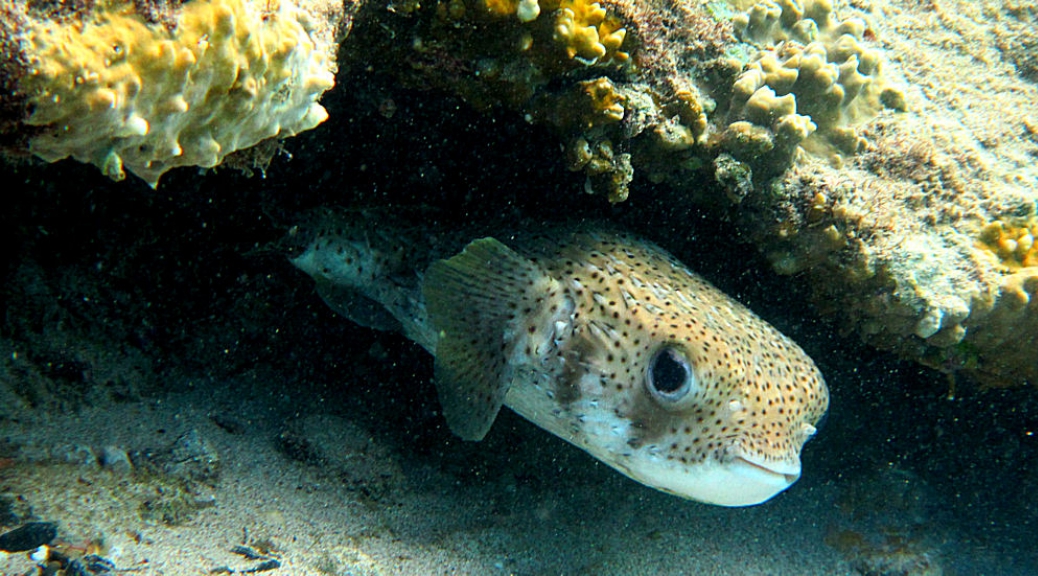 We headed to Westpunt, on the far opposite side of the island from our hotel, again today. We weren’t sure where we would jump in, but we wound up at a beach called Playa Grandi. It’s not that grand. It’s a smallish bay with an extra easy entry in that there is a boat dock that you can simply walk down and in to the ocean. Doesn’t get much easier than that.

We noticed right away that there was a booming business going on in barracuda steaks, just like at Playa Lagun yesterday. We walked out onto the pier and I noticed a turtle, no, two, no, three, no four (!) turtles! What?! 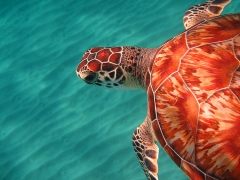 In we jumped. We saw so many turtles, we lost count. I think there were nine turtles, ranging in size from about one foot, to over five feet. One guy was a MONSTER. He was the shyest for some reason, and swam away from our cameras. But this movie will show you at least six different turtles, NOT including the biggest guy.

A couple had mangled shells. One mangled shell was very bad and you can clearly see the bite mark from what I can assume must have been a shark. But he is all healed, and he’s all grown up.

There we lots of fish there, including a flying gurnard, but I mostly had eyes for the turtles! Two thirds of the pictures I took were of turtles. And 90% of the movies are of turtles too. I put this picture of the flying gurnard in because it shows his “digger claws” that he uses to disturb the sandy bottoms hunting for dinner.

Old dogs they care about you, even when you make mistakes.